Michelangelo Pistoletto’s installation «Raggi di persone» shows a square of hanging images of people photographing nothing (together) from a performance in 1975.

This is the performance of photographing eachother inside the installation in 2016. The performance was filmed and photographed in the space delimited by the shadow of his picture. This piece is displaced and echos an encounter with artist Giulio Paolini in this very space (which was then called Yvon Lambert) in 2006. 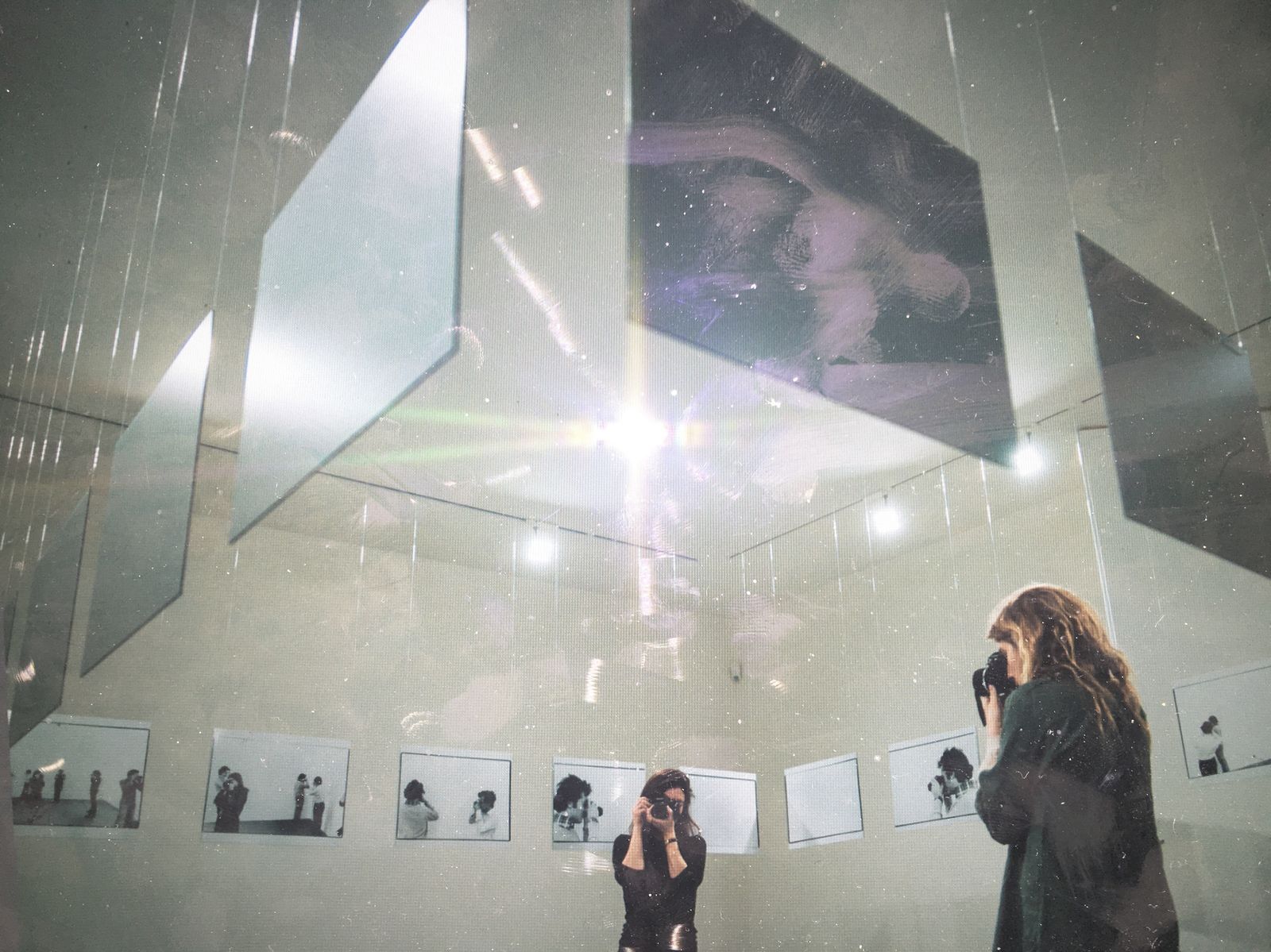 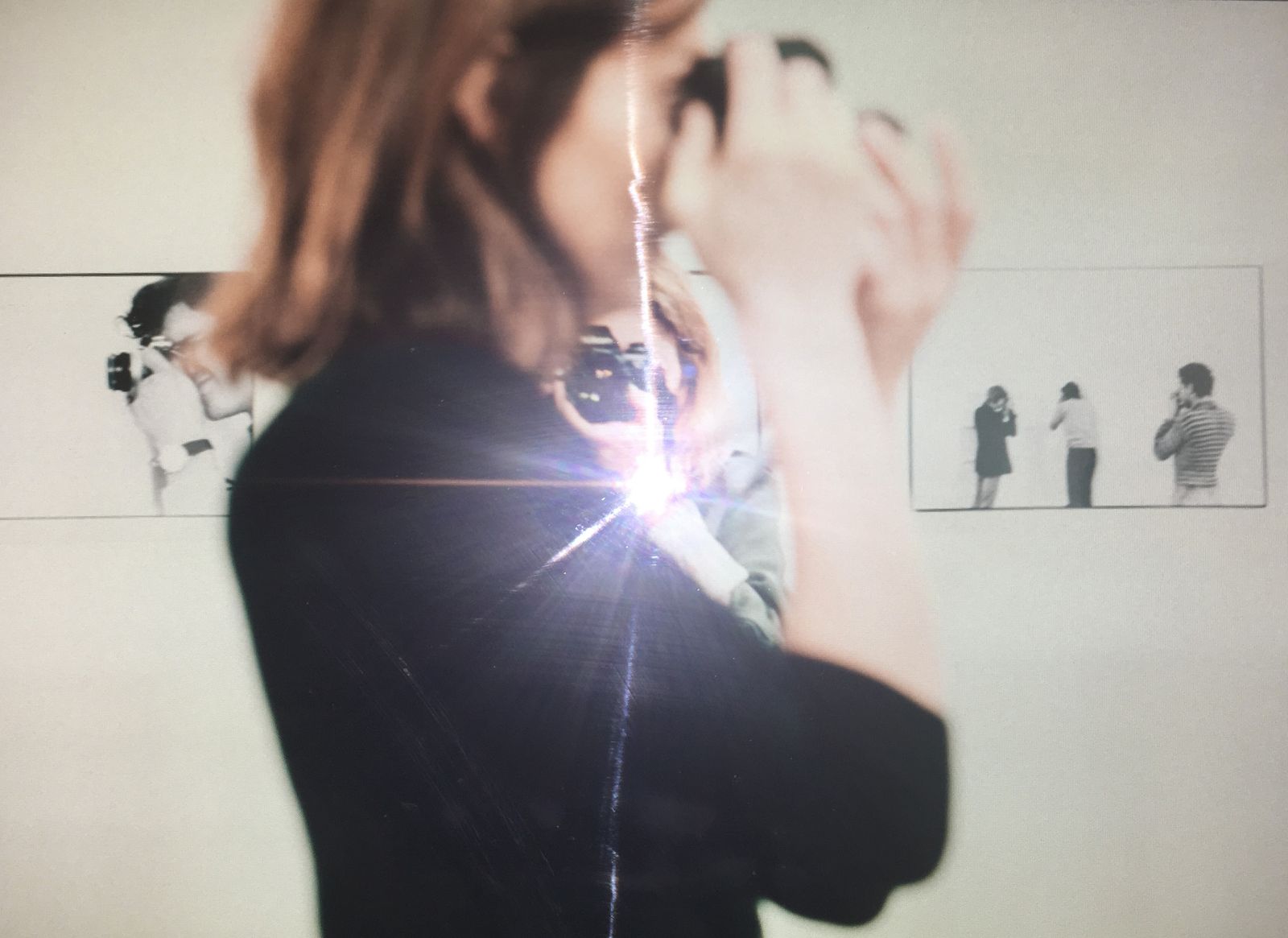 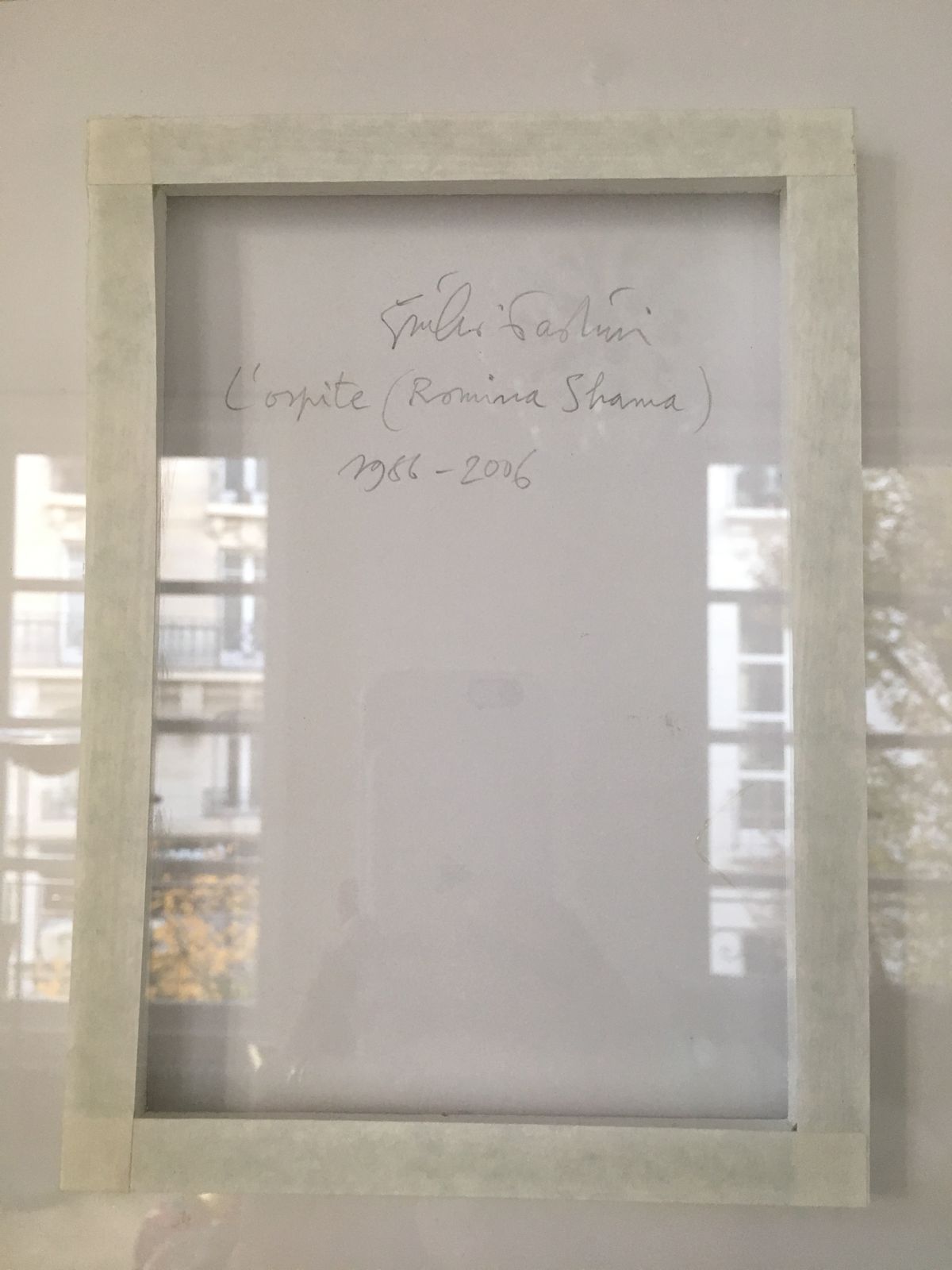 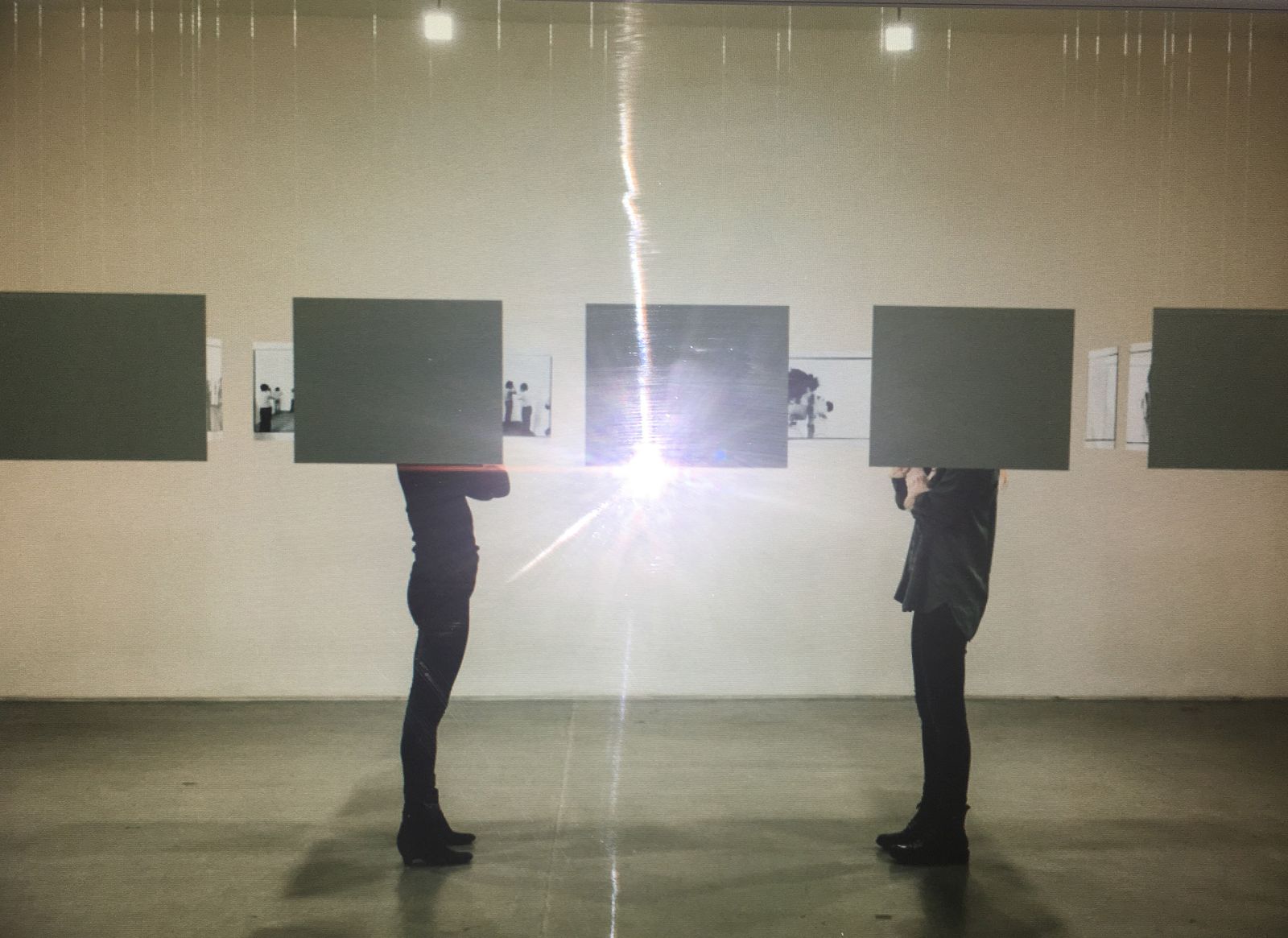 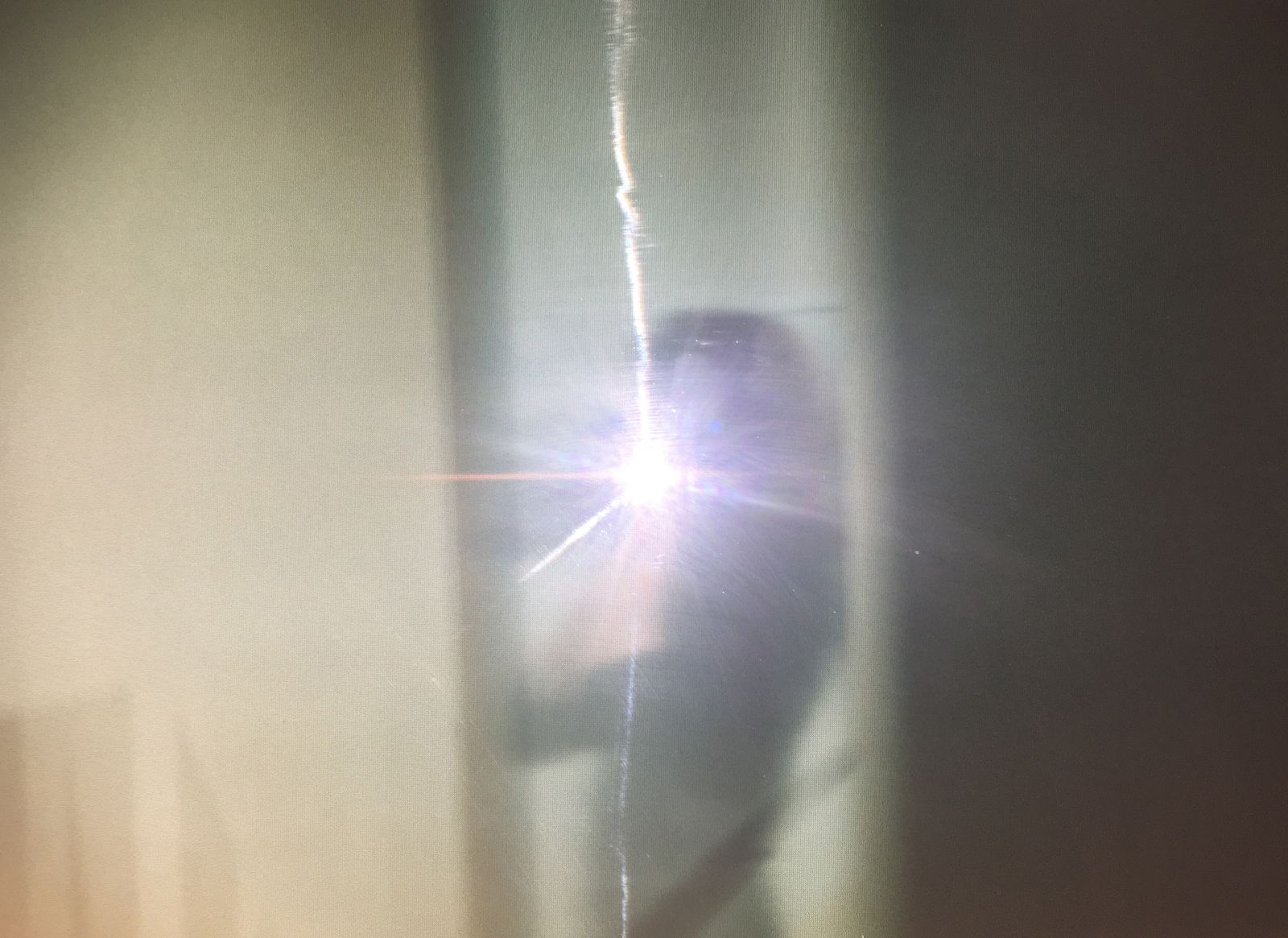